Industrial greenhouses in Europe which grow cut flowers and vegetables for us as consumers are usually heated by boiler systems which require fossil fuel consumption. When combined with the carbon miles of road delivery, the result is a significant “carbon footprint”. Recent efforts to reduce carbon footprint have included growing plants in hot countries but the carbon miles of subsequent air freighting offsets much of the benefits of natural growing conditions. There is however a new development which uses renewable energy in the form of geothermal water to heat industrial greenhouses. Rather than having to drill into a conventional geothermal reservoir which produces steam, the new system can be operated with water as low as 80 degrees centigrade. The heat content of the produced fluid is passed through a heat exchanger at surface and the cooled water is re-injected back into the aquifer in another well. Such a scheme is called a “doublet”. As the produced hot fluid is continuously replaced by cooled injected water in the aquifer, the temperature of the produced fluid decreases. However, if the wells are shut-in periodically, the earth’s heat replenishes the system and it can be produced again. When operated in production and recovery modes, doublets are both renewable and sustainable.

The contribution made by Pure-Bore® to the sustainability of such a system is both in the drilling of the wells and in their production mode. As the aquifer may be located at depths of up to 2000m, oil well drilling rigs must be used to access it. Previously drilling to these depths in Holland also necessitated using hydrocarbon-based drilling muds which have a high carbon footprint compared to water-based fluids. The substitution of OBM by Pure-Bore®in combination with liquid recovery centrifuges has resulted in a drilling operation with a lower carbon footprint, a reduced water demand and a reduced waste stream with lower end-of-life environmental impact. Pure-Bore® also increases the hydraulic efficiency of the drilling fluid which reduces the time to drill and the energy required for the drilling process as well as maintaining a stable well bore until drilling is completed. By helping reduce the operational drilling cost, the sustainability of the well construction and production system is preserved. These environmental and economic advantages are all unique to Pure-Bore® and are not shared by other water-based fluids.

Unlike conventional geothermal reservoirs which generally occur in fractured formations, doublets need to be drilled in sedimentary sand reservoirs with the required porosity and permeability to allow hydraulic flow. As well as sufficient thickness of sand layers, preservation of the original porosity and permeability is essential to allow commercially sustainable flow rates. Pure-Bore® achieves this by preventing permeability reduction in the well bore while drilling. This allows production and injection rates unrestricted by interactions between the drilling fluid and the critical near well bore permeability.

In short, the use of Pure-Bore® in European onshore geothermal wells is reducing the carbon footprint of a necessary element of our modern lifestyle. Think about that the next time you admire those flowers you bought yourself or your partner! 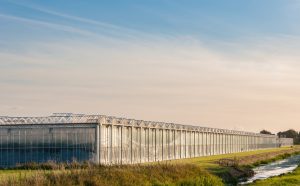 Get in touch to discuss your requirements

Contact us
We use cookies on our website to give you the most relevant experience by remembering your preferences and repeat visits. By clicking “Accept All”, you consent to the use of ALL the cookies. However, you may visit "Cookie Settings" to provide a controlled consent.
Cookie SettingsAccept All
Manage consent

This website uses cookies to improve your experience while you navigate through the website. Out of these, the cookies that are categorized as necessary are stored on your browser as they are essential for the working of basic functionalities of the website. We also use third-party cookies that help us analyze and understand how you use this website. These cookies will be stored in your browser only with your consent. You also have the option to opt-out of these cookies. But opting out of some of these cookies may affect your browsing experience.
Necessary Always Enabled
Necessary cookies are absolutely essential for the website to function properly. These cookies ensure basic functionalities and security features of the website, anonymously.
Functional
Functional cookies help to perform certain functionalities like sharing the content of the website on social media platforms, collect feedbacks, and other third-party features.
Performance
Performance cookies are used to understand and analyze the key performance indexes of the website which helps in delivering a better user experience for the visitors.
Analytics
Analytical cookies are used to understand how visitors interact with the website. These cookies help provide information on metrics the number of visitors, bounce rate, traffic source, etc.
Advertisement
Advertisement cookies are used to provide visitors with relevant ads and marketing campaigns. These cookies track visitors across websites and collect information to provide customized ads.
Others
Other uncategorized cookies are those that are being analyzed and have not been classified into a category as yet.
SAVE & ACCEPT
Powered by